Grit, Gratitude, and the Art of Sticking With It 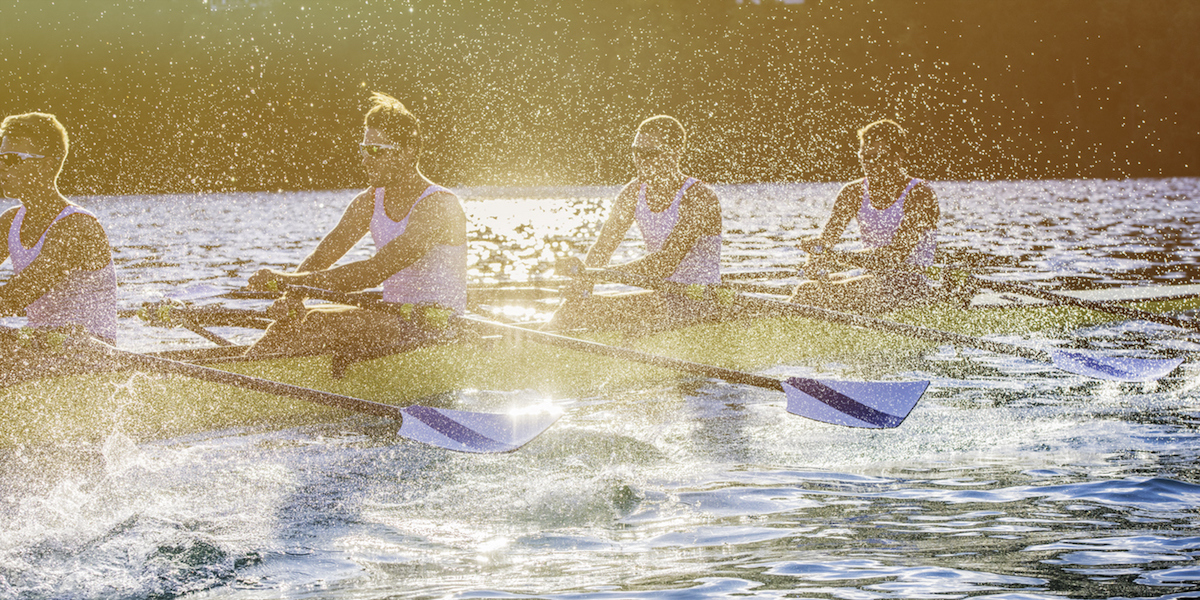 Caren Baruch-Feldman is a clinical psychologist and a certified school psychologist who works on developing grit and self-control. University of Pennsylvania psychologist Scott Barry Kaufman recently hosted her on The Psychology Podcast to discuss how gratitude amplifies grit, and how we always have the power to change for the better.

Scott: How do you define grit? Do you define it in the same way that Angela Duckworth does?

Caren: I based a lot of my book and my research on her work. She defines it as “passion and perseverance for long-term goals.” One thing I would add to my definition is the word “meaningful.” For me, grit is having a goal that’s really important to you, and being able to persist in that goal and rebound when things get tough.

Scott: Is resiliency a part of that?

Caren: Definitely. On the path of success, there are going to be setbacks, and that’s part of the journey. When you look at successful people, they have setbacks and learn how to deal with setbacks. When things are really tough, how do you stick with things? And then also, how do you decide that maybe something isn’t for you?

Scott: Was Dorothy from The Wizard of Oz delusional or gritty or both?

Caren: I talk about Dorothy in the last chapter of my book. For me, what made Dorothy gritty was the team she had. She couldn’t have done the whole journey by herself. She needed her people.

When I would interview teens and they would tell me what helped them, they often said it was a parent, it was a teacher, it was somebody in their life that got them to persist and be resilient.

Scott: Is there a formula for grit?

Caren: Angela Duckworth had written in a paper that when a goal is important to you, when the costs are low, and when your likelihood of success is high, you will be able to be gritty or accomplish your goal.

“It’s not easy, but by learning how our mind works and then tweaking it, we can make changes.”

When I work with people, I try to look at those three premises. For example, I have someone in my practice right now who wants to put herself out there there more, to feel more comfortable talking to people. Is that goal important? Yes, the goal is important to her. Are the costs too high, does it feel too scary? When things are from an eight to a ten on the anxiety thermometer, people aren’t going to do it, so I need to bring the cost down. I’ll say to her, “Is there somebody at work that you feel more comfortable with? Could you talk to them?”

Is her likelihood of success high? The more she does it, the more she’s successful, the more likely she’s going to [continue] doing it. I work with that formula.

I think sometimes people believe that we don’t change. As a psychologist, I do believe that we can change. It’s not easy, but by learning how our mind works and then tweaking it, we can make changes.

When you’re working with an adult, they’re coming to you because they want to change. The trickiest part about doing this work with teens is getting that buy-in. Sometimes they don’t even know that there is a problem.

Caren: What I’m hearing teens say over and over again is about acceptance. For example, I interviewed a teen who has Tourette’s, OCD, and ADHD, and he was saying that through acceptance he was able to do the hard work that he needed to do.

Each person, when telling their story, often talks about this theme of acceptance. I think you’re onto something.

Scott: Well thank you, but Carl Rogers used to say that a lot. We need to accept ourselves before we can change ourselves.

What are some of the controversies surrounding grit?

Caren: Some of the controversies have been, first of all, whether grit is different from conscientiousness. I’m not a researcher in terms of terminology, but whatever we call it, having a goal and being able to stick with something is really important.

“We need to accept ourselves before we can change ourselves.”

What grit is not is blaming children for their life circumstances. Grit is not saying that things like inequality and poverty aren’t important. Grit is not the end all, be all. It’s essential, but there are so many other things that are important to people’s success.

Scott: Yeah, I think that’s right. Therefore, if someone is struggling, do you immediately think, “Oh, they must not have enough grit?”

Caren: Absolutely not. When I did my dissertation, I looked at productivity among traffic agents, and I looked at factors within the organization and factors within the person. Obviously it’s a combination, but one of the things that was most important was social support. The people who had a close group and social support were able to be productive.

Just telling people, “Be gritty,” but not giving them a road map or support is not the way to do it. It’s really important to look both at the individual, but also look at the environment in terms of what is missing or what we need to add. I don’t think it’s right to say to the kids who are poor, who need this more than anything, “Oh, we’ll forget about you. We can’t do anything.”

I say, “There’s obviously a problem here, so let’s figure out. Let’s be creative, let’s look at the research. Let’s see what we can do, both internally and externally, to make this better.”

Scott: That sounds great. The problem is not always grit, right?

For me, grit is also about being more long-term minded. I think that has incredible value in the world we’re living in today, where everything is instantaneous. People say that if they go to a website and they don’t get the results within three seconds, they’re done with that website. Nobody is learning how to wait for the long term.

Scott: I totally agree with that.

“Just telling people, ‘Be gritty,’ but not giving them a road map or support is not the way to do it.”

Let’s focus for a second on teens. Why did you write this book for teens? What is the core thing about this generation that you’re trying to fix?

Caren: I think it’s really hard to be a teen today. Teens feel things really strongly, so when they have failure, it can feel crushing. There’s a lot of pressure on teens to compete. With the pressures of the phone and social media and everything, I’m seeing such an increase in social anxiety. I wanted to write this for them, to help them think about things and behave in ways that research is showing can help them in this challenging time.

I also think that parents today are different from parents in the past. When I was growing up, my parents felt their job was to make an independent, autonomous person, whereas today, parents feel very anxious and overwhelmed themselves, and they want to protect their kids. Kids don’t experience failure, or they are bubble-wrapped. That’s why I wanted to write this especially for teens.

Scott: What are the two minds you talk about in your book?

A lot of the techniques that I talk about in the book try to take the long term and bring it into the present, so that it’s more available. For example, writing down your goals, or writing down why [something] would be good for you to do, makes the foggy future more concrete and [makes you] more likely to be successful.

Scott: I like that. And a lot of people in harsh and unpredictable environments tend to focus on the present because their future is not certain. Having hope that there is going to be a future is important. Being able to imagine that future is more important than having grit.

What do you mean by “the power of yet”?

The power of yet is that when you add the word “yet” to your sentence, it helps you develop that growth mindset. If I haven’t finished the paper, [I say] “I’m just not there yet,” as opposed to ”This is what I can do, and that’s it.”

I do these exercises in the book that, instead of saying “yes” and “no” whether or not something is accomplished, it’s “yes” and “not yet.” I would love to have that mindset that if something is not done, it’s just not done yet.

“What we look [for] becomes prominent in our life.”

I also think it has to be measurable, something very specific. And it should be really important to the person. Sometimes parents have a goal, but it’s not their kid’s goal. The goal must be meaningful to them.

Scott: How is gratitude related to grit?

Caren: Gratitude is the lens that you’re looking at your life through. When you’re grateful, you’re focusing on what is working, what is positive, what is good in your life. That decreases stress, and it also lets you be more optimistic and more positive, which are things you need to be in terms of being resilient and persistent.

I often talk about this experiment that I do where I ask the audience to try to find the red in the room. And then I ask them, what did they see that was blue? Obviously they can’t tell me anything blue, because I told them to look for red. But the point is, what we look [for] becomes prominent in our life.

If we are focusing on what we’re grateful for, the things that are working, it makes us have more positive emotions, and it shapes our view of the world. A lot of my patients who are anxious or depressed, I give them homework to write down three things that they’re grateful for at the end of the day.

That way, all day long they’re going to be noting the things that are working well in their lives, as opposed to walking around with the bias that we all have, but especially if you’re anxious and depressed, of looking at all the things that aren’t working.