What Everyone Gets Wrong About the 10,000 Hour Rule 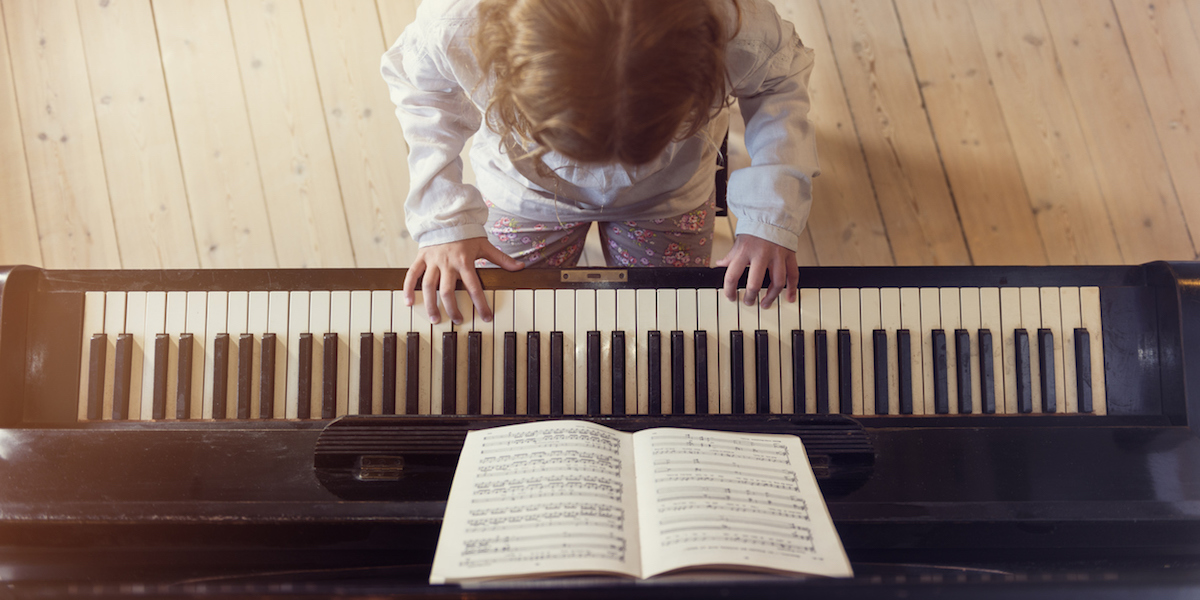 Anders Ericsson is the Conradi Eminent Scholar and Professor of Psychology at Florida State University, and an expert on the science and psychology of expert performance. Award-winning podcaster David Burkus recently hosted him on Radio Free Leader to talk about the real research behind Malcolm Gladwell’s famous 10,000 Hour Rule, and how true expertise emerges from the quality, not simply the quantity, of training.

David: What is everybody getting wrong about the 10,000 Hour Rule?

Anders: Malcolm Gladwell came up with this idea of a 10,000 Hour Rule. He emphasized the almost magical aspect, that when individuals have spent 10,000 hours [practicing something,] they are then able to make contributions. One example that he gave was the Beatles.

He was citing our work, but unfortunately, he misread it a bit. [For] our top group of violinists, the group with promise for international performance, we found that when they were age 20, the average of that group had spent 10,000 hours studying alone. He misread that as every one of them had spent at least 10,000 hours, [as if] somehow they passed this magical boundary.

We agree with Gladwell that the most talented have spent a large number of hours actually training. [But] he was counting hours of practice, he was counting the number of hours the Beatles had been playing in front of audiences. What we were talking about is deliberate practice. That’s the kind of practice where you’re not doing your job, you’re taking time to focus on trying to improve. When you do that under the guidance of a master teacher in particular, the teacher would tell you what the next step in your development is going to be. That is the kind of practice we talked about as being essential to reach the highest level of performance.

David: I want to touch on one thing you say, which is that there is something more to high level performance, high level expertise, than just innate talent. I don’t want to say that innate talent has nothing to do with it, [but] the big thesis I’ve learned from your work is that talent is overrated, or overemphasized, compared to this practice. Even where there are natural abilities, [like] height in the NBA, there is still a huge amount of practice.

Anders: I think that’s correct. Through the research I’ve been doing, the things that seem to be associated with success in various domains are amenable to training. If training could explain all abilities and attributes, that’s not known. But we’ve yet to find evidence that you need certain types of genes to become successful in some domain. That’s even true in sports domains, where they’ve collected DNA evidence for the last 15 years, looking for genes related to success in long-distance running or sprinting.

David: In the beginning of Peak, you talk about how what looks to be heritable or genetic might not be. You talk about having perfect pitch, and how certain tonal languages lend themselves to people who have perfect pitch, which can lead us astray into thinking there is a genetic cause. But it’s an example of unintentional training that sets you up to better acquire this skill.

Anders: That’s right. Given that a lot of people start various activities in their teenage years, that leaves 12 years of experience that may have made some individuals more prepared for success. But if you look at domains like music, where you start so early, there isn’t much room for demonstration of exceptional abilities before you start training. There, training seems to be a sufficient account of how skilled and how successful individuals become.

“The things that seem to be associated with success in various domains are amenable to training.”

David: This has interesting implications for undergrads who are trying to figure out, “What do I do with my life?” There’s an [entire] industry designed to figure out what your natural strengths are, or what are you innately talented for, [but] we now know that training and deliberate practice can help you get better at whatever you choose. So what advice would you give to somebody in that phase?

Anders: That’s a really interesting question. I would argue that the best advice is to talk to a teacher, who has actually taught individuals to become whatever you would like to [be]. Those teachers would be able to assess where you’re at, and also give you a reasonable expectation of how much time and effort would be required to reach the level you aspire to.

David: In the United States, a lot of our culture is to celebrate the doers, but I think we undercut the role of the teacher, the person who got them there. And they’re the better person to seek out and learn from. To use a sports analogy, go see the coaches, instead of the athletes.

Anders: I think that’s true. Now, some of the best coaches, at least in music, would also be very high level performers. If you can’t find a teacher, and you know people have been able to achieve the level that you’re looking for, interviewing them and having them tell you about their path would be second best.

But in domains like music, where you’ve been training musicians for several hundred years, there’s been an accumulation of knowledge about what kind of training would be useful. That accumulated knowledge about how to improve one’s performance to a given level, that is a real treasure of information that anybody who’s motivated to become very good should definitely draw on.

Anders: If you like to play golf or tennis, you go out with your friends and play, and maybe you’re thinking about how you’re going to do things better. But essentially, you’re engaged in the game. We’ve distinguished that type of practice from when you’re actually setting aside a practice activity that has a goal for you to change a specific aspect [of your performance]. So the purpose has to do with identifying some particular aspect, and then setting up training situations so you would be able to more effectively attain that change.

As an example, if you have problems on the golf course, you can go putting on the practice green, setting up training activities where you would be doing one putt after the next. Doing one putt and making adjustments is going to be so much more effective, in terms of training, than if you only have to do one putt per hole.

“A lot of our culture is to celebrate the doers, but I think we undercut the role of the teacher, the person who got them there.”

David: So how do I apply this to my everyday job? How do I get better?

Anders: One of the things that I’m hoping might evolve here is giving people more support, so they would have teachers that they could go to, in order to improve their performance.

A lot of these things are probably happening informally, with some supervisors giving feedback. If the employer can help an individual do a better job, that’s going to be a good investment for the employer. Training where you get feedback [is ideal].

David: Yeah. Even from a leadership or management [standpoint], how often do we start to run a meeting, and we eye roll at the wrong time? Does your voice take on a tone that people interpret to mean something different? We don’t normally set ourselves up with systems that provide that feedback. There’s no one filming us, but maybe there should be. Even in a company where the goals are valid, and we’ve got the performance feedback, it’s not happening often enough to really make that performance gain.

Anders: One of the best pieces of advice that I ever got was from a professor. He told me that it was really important to try to become the best in the world at something. It may be something very, very minute. But one way of developing expertise is to find a small enough area where you can truly master something. And he said that if I could become knowledgeable about something, when people were talking about me, they could use one sentence and say, “Anders, he’s an expert on protocol analysis, and studying people who are thinking out loud.”

David: And now I would say, “Anders, he’s the expert on expertise itself.” So you’re obviously heeding that advice.

What do you believe that most people don’t?

Anders: I was brought up in a family where I was assured that, if I was willing to do the training and find teachers, I would be able to do pretty much anything. I’ve met a lot of people who are convinced that they can’t do a lot of things. I think a lot of the work I’ve been doing has been trying to find a roadmap that makes it easier to believe that you can actually achieve these higher levels of performance.